The anti-arthritic properties Of CMO

Celebrated as a cure for all types of arthritis by its creator, and largely shunned by the medical community, this seemingly benign supplement has even been called a fake by some. So what is the truth about Cetyl myristoleate and does it have anti arthritic properties, as its discoverer claims?

If we cut through the negativity and give Cetyl myristoleate (CMO) a chance we find that its creator’s findings were correct!  These experiments have not only been replicated but have been expanded upon and now clearly show CMO has anti-arthritic properties.

There is also a beautiful and touching background story about how CMO came into being and a lesson for us all to learn in helping each other out.

A mission of mercy 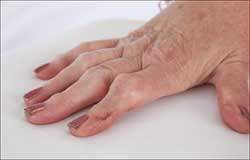 The story started over 40 years ago when Harry W. Diehl was performing a mission of mercy to try and find a cure for his friend and next-door neighbour, a carpenter, who had developed severe rheumatoid arthritis.

At the time Diehl was working at the national institute of health and stumbled upon this naturally occurring and potentially arthritis protective ester of myristolic acid through some brilliant observation.

Diehl observed that mice seemed to be immune from medically induce arthritis, yet rats treated in the same way would get arthritis.
His research led to the discovery that CMO, which is present in mice and not in rats, was indeed protecting the mice from lab-induced arthritis.

Cetyl myristoleate is a naturally derived, waxy ester which is highly purified, and refined from animal products.

Research has shown that CMO appears to work in similar ways to essential fatty acids. However, its benefits are said to be considerably more potent and longer lasting.

The benefits appear to come mainly from essential fatty acids, which are needed for normal cellular structure, correct functioning of many systems, and a whole host of important bodily functions. They are also a major component of nerve and cell membranes.

Studies suggest that CMO can help to repair faulty memory T-cells, which can cause arthritis, and even modulate the actions of healthy T-cells.  These staggering effects combine with other more common actions discussed below to bring about an arthritis suppressing effect.

How does CMO work?

Cetyl myristoleate may inhibit the cyclooxygenase and lipoxygenase pathways of arachidonic acid metabolism. Leading to decreased production of pro-inflammatory prostaglandins and leukotrienes.

A study on the anti-arthritic effects of CMO by Hesselink et al has proven CMO to be effective for the treatment of knee osteoarthritis when compared to placebo.

The discovery of CMO and it’s arthritis protective benefits were so profound on Diehl that he proceeded to patent the discovery, making some huge claims along the way. Below are some quotes taken directly from his original patent.

1. A method of relieving and inhibiting the symptoms of inflammatory rheumatoid arthritis in mammals which comprises the oral administration to a mammal of an effective amount of cetyl myristoleate

5. A method of relieving and inhibiting the symptoms of inflammatory rheumatoid arthritis in mammals which comprises the topical administration to a mammal of an effective amount of cetyl myristoleate.

1. A method of relieving and inhibiting the symptoms of inflammatory rheumatoid arthritis in mammals which comprises the parenteral administration to a mammal of an effective amount of cetyl myristoleate.

6. A method for preparing a concentrate containing cetyl myristoleate useful for relieving and inhibiting the symptoms of inflammatory rheumatoid arthritis in mammals comprising macerating the tissues of mice to form a macerated material, extracting said macerated material with a solvent to form an extract and concentrating said extract to form said concentrate containing cetyl myristoleate.

These strong claims have not been proven fully, but there is a growing body of research that proves CMO is a potentially valuable weapon in the fight against arthritis and inflammation.

Unfortunately, The fact that one man discovered and patented CMO has not helped it gain traction or recognition.

Which diseases is CMO used to treat?

Cetylated fatty acids may also be beneficial in the treatment of several types of arthritis including:

The potential good news doesn’t end there!
Several diseases that often accompany arthritis, and some autoimmune conditions, have been said to respond well to treatment with CMO.  These are listed below:

As a note of caution, I have to say that there is not currently a lot of research to support the above claims for all the disease types, but many people are reporting good results with CMO.

How does it work?

There is evidence to suggest CMO has a beneficial effect on inflammation because it modulates immune function, thus having anti-inflammatory effects.

How do I take CMO?

Many supplements are available on the market and are mostly prepared for oral administration. However, I have noticed some of them are frighteningly expensive which has prevented me from using them.
Personally, I have used some of the inexpensive brands of gel caps and have noticed improvements in low-level inflammation. I can’t say if CMO would have changed my levels of chronic inflammation because I hadn’t discovered it until the worst days of my RA had passed.

What other CMO products exist?

Whilst researching this topic and possible drug interactions on the WebMD website I found a mention of the topical cream Celadrin. It turns out that Celadrin is also a CETYLATED FATTY ACID product and has a lot of research and evidence backing its efficacy.

Celadrin appears to be available in topical creams, which are rubbed onto the skin around painful joints, and soft gel tablets. I have never used the creams, or even heard of them before doing my research, so if you have please leave a comment.  I would be very interested to know if you have had any success with Celadrin or  CETYLATED FATTY ACIDS.

Did you know that Pine Bark Extract has anti-inflammatory properties? Studies have shown that it can be beneficial for people with auto...

END_OF_DOCUMENT_TOKEN_TO_BE_REPLACED

Living proof of my inflammation free life without meds

Last week I was on a mission to prove the effectiveness of my inflammation free living practices. But, how exactly do I prove to you...

END_OF_DOCUMENT_TOKEN_TO_BE_REPLACED

This morning I thought I'd better make good on my promise of making some #chocolateweek smoothie recipes for you. Over the last day ...

END_OF_DOCUMENT_TOKEN_TO_BE_REPLACED

Prevent inflammation this holiday season with my top tips

HAPPY HOLIDAYS! Now I'm going to be really boring and ask you to remember something..... Disease doesn't have a day off! With tha...

END_OF_DOCUMENT_TOKEN_TO_BE_REPLACED

Anti-inflammatory food and arthritis killing juices are a staple in my arthritis diet. They are a powerful tool for detoxing the body a...

END_OF_DOCUMENT_TOKEN_TO_BE_REPLACED

If you're looking to re-mineralize bones, support connective tissues, build healthy skin, improve the condition of your nails, and th...

END_OF_DOCUMENT_TOKEN_TO_BE_REPLACED

Lupeol (also known as Fagarsterol) is a powerful anti-inflammatory and antioxidant. This member of the triterpene family has been studi...

END_OF_DOCUMENT_TOKEN_TO_BE_REPLACED

Secret Tibetan arthritis tincture you can make at home

We hear a lot about remedies and healing foods, but not so much about the ancient arthritis tincture or how arthritis was treated in an...

END_OF_DOCUMENT_TOKEN_TO_BE_REPLACED

The steps to arthritis remission

Welcome to arthritiscure.me! This site contains the views of a rheumatoid arthritis patient who bought about arthritis remission...

END_OF_DOCUMENT_TOKEN_TO_BE_REPLACED

What is Piperine? Piperine is a white crystalline alkaloid and the chief active constituent of black pepper. This enigmatic compound...

END_OF_DOCUMENT_TOKEN_TO_BE_REPLACED

Did you know the dandelion is a powerful anti-inflammatory healing plant that can relieve pain and help us to detox from the toxic load...

END_OF_DOCUMENT_TOKEN_TO_BE_REPLACED

3 thoughts on “The anti-arthritic properties Of CMO”